The Adelaide Plains region has a dry yet maritime climate, with a very low incidence of disease. The region is hot and arid, with an annual rainfall among the lowest of any Australian wine region.  Most production is processed in the Barossa Valley, with the exception of a number of small producers who have shown just what can be achieved with the fruit of the region.
​
The soils in the area are excellent and readily support high yields. The main styles produced are Chardonnay, Colombard, Cabernet Sauvignon and Shiraz.
Source: Wine Australia

With a rich vine and wine history dating back to 1842, the Barossa Valley is one of the most historic wine producing regions in Australia.  There are now sixth generation grape growing families in the Barossa Valley, they are the custodians to Australia’s largest collection of old vines with blocks dating back to the 1840’s. Australian wine is inextricably linked with Barossa Shiraz for many people and while the variety is definitely the Barossa’s star performer, varieties like Grenache, Mourvedre/Mataro, Riesling and Semillon all have a long and distinguished history of producing exceptional wines.

In recent years these traditional Barossa varieties have been joined by a new wave of Mediterranean varieties, suited to the region's soils and climate.
​Source: Wine Australia 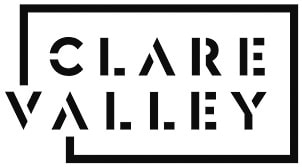 The Clare Valley produces approximately 20,000 tonnes of wine grapes a year. The region is renowned for its award-winning Riesling wines as well as its premium red varieties, including Shiraz and Cabernet Sauvignon, and some new stars which include Pinot Gris, Mataro and Tempranil.

Since explorer John Horrocks planted Grenache in Penwortham in 1840 and the Jesuit Brothers founded Sevenhill Cellars for sacramental wine in 1851, the Clare Valley has unassumingly gone about its business. While famous for 1056 hectares of outstanding riesling, our region, in fact, has significantly more shiraz (1886 ha) and cabernet sauvignon (1135 ha) vineyards. Together these three varietals comprise almost 80% of Clare Valley’s wine production. Varying altitudes to 608m (Mt Horrocks) cause wide diurnal temperature variation from summer’s day to night – the secret to why these three varieties prosper in the Clare Valley.
Source: Clare Valley Wine & Grape Association
​
w - Clare Valley Wine & Grape Association

Coonawarra is, perhaps alongside Margaret River, Australia’s most famous cool-climate region for Cabernet Sauvignon. The grape varietal has found a home in the terra rossa soils of Coonawarra, producing rich, firmly structured red wines that are renowned around the world.

Coonawarra is only 100 kilometres (60 miles) inland and so a predominantly maritime climate prevails in the region, with dry and moderately cool summers ripening most grape varieties to perfection. Its maritime location does not, however, prevent the occurrence of spring frosts that are occasionally quite severe. The extensive cloud cover that moderates the most important ripening period temperatures also sets the region apart from others. While not unique to the region, the terra rossa of Coonawarra is Australia's most famous soil. Vivid red in colour, it is either friable subplastic clay or a shallow friable loam derived from and lying on top of a bed of soft limestone.
​Source: Wine Australia

The first vines in Currency Creek were planted in 1969. Despite local cynicism, the vines flourished and the first vintage followed in 1972 for what was then called Santa Rosa Winery, now known as Currency Creek Winery.

​The climate in the region is slightly cooler than McLaren Vale and similar to that of Margaret River and California's Carneros.

It is a strongly maritime climate due to Lake Alexandrina and the Southern Ocean, thus avoiding extremes of cold or heat. There has been only one September day of frost experienced in the past 37 years and no hail or fog. The region's low rainfall is supplemented by irrigation from both the River Murray and underground bores of extremely good quality.
​Source: Currency Creek Wine Region

The Barossa’s beautiful high country, Eden Valley is one of Australia’s premier cool climate wine regions characterised by its rugged beauty and varied topography. Eden Valley wines are distinctive in their character, displaying wonderful aromatics, elegance, complexity and finesse.
​
With a wine making history dating back to 1847, Eden Valley is home to some of the world’s oldest Shiraz and Riesling vineyards. Traditional grape growing continues with a focus on sustainability and authenticity, with fifth and sixth generations of the original settlers continuing to apply their craft.
​​Source: Wine Australia

Kangaroo Island is a relativly new wine region with more than 200 hectares under vines. Kangaroo Island wines are known for their strong varietal fruit flavours and intense colours. A temperate climate ensures a long, slow ripening of the grapes.

Site selection is important, with north and north-east facing sites preferred for viticulture, with protection from the prevailing south-easterly winds a major consideration.  The region's main wine style is a blend of Cabernet Sauvignon with Merlot.
​Source: Kangaroo Island Wineries & Wine Australia

Regarded as one of the best-kept secrets in Australian Viticulture, Langhorne Creek is one of Australia's oldest and most significant wine regions. The area was founded on the broad flood plain influenced by the local Bremer and Angas Rivers and dominated by magnificent River Red Gums.

​Langhorne Creek wineries and wines have achieved numerous successes at both Australian and International wine shows and continue to achieve tremendous success in the show arena. The show record (trophies and medals) of Langhorne Creek predominant wines has often been written as being the best of any single viticultural district in Australia.
​Source: Langhorne Creek Wine Region

Mount Benson is a unique coastal geographical indication situated approximately 300 kilometres from Adelaide and halfway between the historic townships of Kingston SE and Robe in the south east of South Australia.  As part of the greater Limestone Coast wine region, Mount Benson is cousin to other well-known winegrowing regions including Coonawarra, Padthaway, Wrattonbully, Penola, Mount Gambier and Robe.

The region’s first grapes were planted in the 1980s by local farmers well attuned to Mount Benson’s unique and rugged climatic conditions.  These grapes would later make way for the region’s own style of delicate, cool-climate, maritime-influenced wines which have already begun to make waves within a very competitive Australian wine industry.
​​Source: Mount Benson Wine Region

The Mount Gambier region is fast becoming known for the quality of it's Pinot wine and white varieties such as Savignon Blanc and Chardonnay.
​​Source: Mount Gambier Regional Winegrowers & Wine Australia 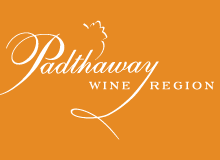 The Padthaway Wine Region is quite distinct being some 62 kilometres long and 8 kilometres wide with the Riddoch Highway running through the middle. There are now more than 4000 hectares of vineyard planted with the predominant varieties being Shiraz, Chardonnay and Cabernet Sauvignon with the red varieties Shiraz and Cabernet Sauvignon making up 50% of the total vineyard plantings in the region.

The Riverland in South Australia is a long-established, warm climate wine producing region, located east of the Barossa Valley. It extends for 330 kilometres along the Murray River from Paringa to Blanchetown.

​The Riverland is the largest wine producing region in Australia, and is home to 1,000 wine grape growers representing 20,600 hectares of vines. Grape growers and winemakers are encouraging new styles and making full flavoured wines that are popular the world over.
​Source: Riverland Wine & Wine Australia

Robe is an exciting, emerging wine region located on an unspoilt, rugged coastal landscape nestled between lakes and the Southern Ocean on South Australia’s Limestone Coast. It is situated between the townships of Robe and Beachport and is south of the Mount Benson wine region.

Vineyard development began to flourish in the mid to late 1990s. The soils, aspect and protected maritime climate, along with the long and gentle growing season, are distinctive attributes leading to the production of powerful yet elegant wines.
​Source: Wine Australia

The Southern Fleurieu region is a diverse landscape offering beautiful hills, sandy beaches, wineries, cellar doors and award-winning restaurants. The undulating slopes and gentle hills pose no limitations to viticulture and enhance the beauty of the vineyards within a diverse landscape.
Source: Wine Australia

The Southern Flinders Ranges emerged as a wine growing region in the past two decades of the 20th century. The region is a natural north-western extension of the Clare Valley, with which it shares many geological factors. It has a climate that can be described as warm, with most vineyards requiring irrigation from underground sources.  The soil is fertile and quite suitable for viticulture.

The Southern Flinders Ranges has been overwhelmingly a red wine area, with Shiraz being the main wine produced.
Source: Wine Australia

No longer one of the wine industry’s best-kept secrets, the unique characteristics of Wrattonbully fruit are gaining worldwide attention as the region toasts a growing list of trophies, medals and international accolades.
Source: Wrattonbully Wine Region